What is sleep apnea?

Home » Blog » What is sleep apnea?

What is sleep apnea? Well, sleep apnea is a disorder that is caused by different reasons. This disorder as per its name is a condition in which a person gets a difficulty in breathing as the person is sleeping. In most cases, this disorder has been termed as snoring.

This disorder can affect any person, it can be a young person or an elderly person. In most cases, people who are above forty years are largely affected. Dentist at smile care Valencia is skilled in treating sleep apnea, Santa Clarita.

Sleep apnea condition has been associated with many causes and factors. Sleep apnea only happens at night when a person is asleep. It results from a breathing disorder when there is an imbalance in the oxygen intake and carbon dioxide release. When the lungs fail to get oxygen, a person goes without breathing for some time.

As the brain senses the imbalance, it triggers the mouth and the nose to take in air forcefully causing loud sound. Dentists have related this sleep apnea Santa Clarita to certain conditions. These conditions include being male, having an extremely large neck, having very tiny jaw bone, huge tongue, having sinus problems, large tonsils and allergic reactions.

Many people take sleep apnea disorder lightly. However, this condition should not be overlooked since it can cause serious health problems. Normally a person who experiences sleep apnea at night wakes up having headaches. This is just one of the illness that is caused by this condition. Other serious effects include diabetes, heart failure, heart attacks that result from irregular heartbeats, high blood pressure and even depression.

Moreover, it causes insomnia which will affect one lifestyle. One suffering from insomnia will be inactive during the day, even worse if the person is driving, he or she can cause accidents. Dentist at smile care Valencia normally advise patients suffering from sleep apnea, Santa Clarita, to avoid drinking alcohol since it has been known to worsen the condition.

What do you need to know about sleep apnea?

Sleep apnea has been reported to be affecting men more as opposed to women. Sleep apnea is the interruption of breathing when a person is sleeping. This interruption can occur up to thirty times or even worse a hundred times at night. Also, the interruption lasts for about ten seconds.  You should also know that sleep apnea is treatable. It involves a series of diagnosis in order to ascertain the best treatment to take. There are different treatment options for this condition. There are sleeping masks that are used to keep a person’s airway open.

These devices are used to tease the lower jaw forward in order to ease the air passage. This, however, is a temporary solution. Jaw surgery is a permanent solution to sleep apnea Santa Clarita done by the oral surgeons. If you are suffering from this disorder, ensure that you visit your dentist at smile care Valencia to avoid suffering from a more serious health condition. 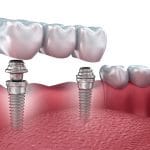 All you need to know about dental implants 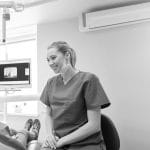 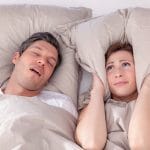 Sleep apnea is a severe sleep disorder that takes place when an individual is... 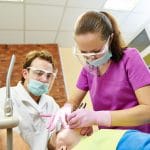 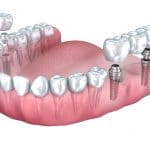 All on 4 in Santa Clarita 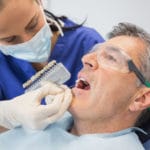 In this article, we need to touch on the basic tips to find the... 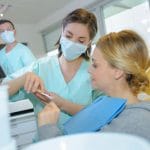 We offer different types of dentistry in Santa Clarita, CA

Smile care Valencia is one of the dentistry Santa Clarita CA which is led... 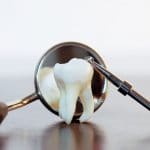 Why go for teeth whitening?